What is Salt Spray Testing?

What is Salt Spray Testing?

When you're specifying fasteners and fixings, you want to ensure that they are high quality and they will last over time.

You depend on your fastener's durability and you want them to be serviceable, no matter which harsh environments they are placed in. Rusted fasteners can be dangerous and costly to replace, so to provide you with the durability that you require, Rapierstar rely on the results of salt spray testing.

Salt spray testing is a method of checking the corrosion resistance of coatings and materials used to manufacture products such as fasteners. During salt spray testing, an accelerated corrosive attack is produced in order to better predict how well the coating protects the metal.

Salt spray testing is typically used to produce quick comparisons between expected and actual corrosion resistance. In reality, there is only a weak correlation between the coatings duration in the test and its actual expected life. This is due to the fact that many external factors influence corrosion as it is not a simple process.

For this reason, salt spray testing is most effective when used on samples to determine a pass-or-fail grade and compare it to expectations. This is typically done in a quality control role or to test for the effectiveness of a particular production process.

Salt spray testing has long been the standardised corrosion test method, due to the fact it's quick, repeatable and relatively inexpensive. The first such internationally recognised tests date back to 1939. ISO 9227:2012 is the current international test standard for conducting the neutral salt spray test and results are usually specified as a 'grade' according to other relevant standards.

Salt spray tests are conducted in a closed testing chamber. A salt water solution is applied to a sample via a spray nozzle. This dense salt water fog is used to imitate a corrosive experiment. After a period of time, which is dependent on the corrosion resistance of a product, the appearance of oxides is evaluated. The more resistant the product is, the longer it takes for the oxides to appear. Testing periods can take between 24 and 1,000 hours or more for certain coatings.

Why do we use it?

The results of a material or coating's resistance to corrosion in a salt spray test can help you determine whether or not a particular fastener is durable and resilient enough for your needs. 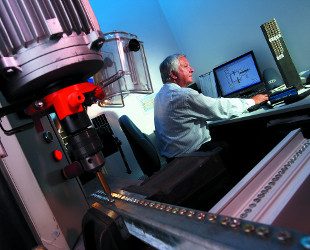 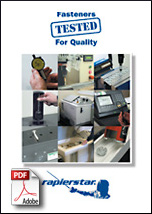 We use cookies to personalise some content, to provide social media features and to analyse our traffic. We also share information about your use of our site with our social media and analytics partners who may combine it with other information that you’ve provided to them or that they’ve collected from your use of their services.