Secure in the fastener knowledge 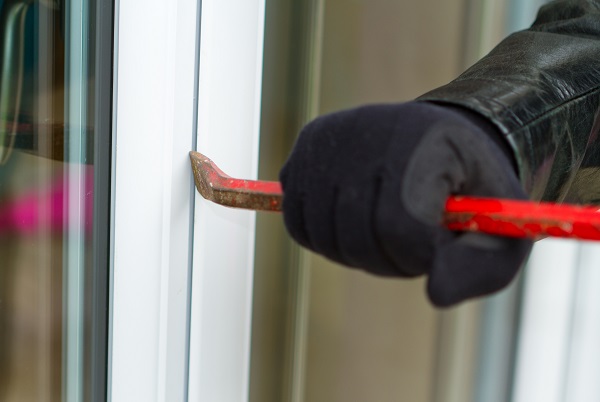 Advanced locking systems, hinges, friction stays and ancillary products designed to deliver enhanced security windows and doors could be ineffective if the wrong type of fasteners are used and PAS 24 testing fails.

Long term innovation in door and window design and manufacture, coupled with relentless hardware development, has made an immense difference to the security levels of UK homes over the last three decades.

Maintaining this downward trend, however, is never easy, as the methods of burglary change constantly and localised spikes in burglary rates are often reported, with understandable public alarm. For door and window manufacturers, this means ensuring that any finished products designed to offer enhanced security are continuously reviewed to make sure they are fit for purpose as attack methods evolve.

Despite the numerous advanced locking systems, hinges, friction stays and ancillary products being available to deliver the highest levels of security, why is it that windows and doors often fail during PAS 24 testing? On many occasions it is because one of the fundamentals has been overlooked – if the fasteners attaching hardware elements to the frame do not provide a secure fix, none of these advanced security products will deliver on their potential.

We are regularly approached by window and door fabricators, as well as profile manufacturers during their new product development (NPD) stages, who are facing issues in PAS 24 testing and suspect that their choice of fasteners is letting down the performance of the complete unit.

Some issues are easy to resolve, such as screw length. Sometimes 25mm fasteners are used to fix the gearing when a 30mm fastener would actually be much better. Problems also frequently arise when the wrong diameter screw is used to attach window or door hinges or hinge protectors. These should be attached with a 4.8mm screw, yet fabricators sometimes opt for a lesser diameter fastener, causing the pull-out strength to be reduced. The consequence is that the window or door sash is less likely to withstand the force of a manual attack, and thus fail in PAS 24 testing.

The position of hardware on the frame also impacts on security performance which can mean a security screw is needed. In recent months we have seen a couple of examples of hinge protectors being positioned very slightly in the wrong position having a major impact on the outcome of a PAS 24 test.

It all comes down to the ‘push test’ which puts friction stays to the test under manual manipulation. Hinge protectors which are just 2mm out of position may not prevent the force on the friction stay causing the fastener heads of the screws holding it in place to become exposed. This can then allow a burglar to simply remove the fasteners and the sash with ease.

One solution is to fit the friction stay with security screws, which will provide very effective protection. However, another way to overcome this issue is to position the hinge protectors with greater precision. It may require investment in fabricator training, but the outcome will benefit the robustness of the finished window and withstand manual attack more successfully.

Rapierstar’s role in NPD and testing across the industry for more than 25 years means fabricators and product manufacturers can access a wealth of technical know-how to make sure the best possible fasteners are always used. This is something that the Rapierstar Fastener Health Check will review as part of a thorough audit of the whole window and door manufacturing process.

To arrange a free Fastener Health Check or for specialist advice on fasteners for fabrication, installation or repairs, call 01260 223311 or send us a message.

This email address is being protected from spambots. You need JavaScript enabled to view it. Technical & Marketing Manager at Rapierstar Tweet to @andyhol1